The channels that I would use for my product which is the Limited edition 2017 Scion Tc are, Advertorials, Film & Tv product placement, Mobile Advertising, Kiosks and Billboard ads. With these channels it is  a no brainier that my product would be the main talk of the town. Between ad on the street, fifty feet billboards and social media it will be unstoppable.
Posted by DamarkoLTaylor at 11:41 AM No comments: 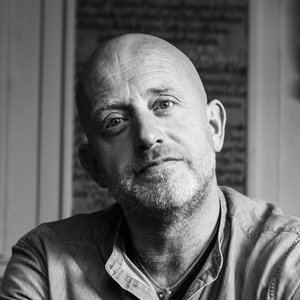 Guido Heffels, born in  1965 is the founder and CCO of communication agency "Heimat" with offices in Berlin. Hamburg, Vienna and Zurich. He lives in Berlin, has a son, but does not have a dog and he does not play golf. Heimat Berlin agency is a well known agency that creates these amazing eye opening commercials for companies like Hornbach, Volkswagen etc. The commercials are very elaborate and they all have the same thing in common, which is an element of fantasy. His commercials are so memorable that you will know when it is a advertisement made by Heimat Berlin. The advertisements are so different from any other countries ads because they are mostly filmed as comedy bites but it leaves you wanting more! Guido Heffels ads are so cinimatic, interesting, inspiring and so well thought out that you would not be surprised if it was a tv show. The agency in Berlin Kreuzberg now has 200 employees. It’s customers include Hornbach Baumarkt AG, Volksbanken Raiffeisenbanken, OTTO, CNN International, Swisscom, Google, adidas and many more. Guido won an endless amount of awards for his work, but considers it absurd to count them.

George Luis - On June 26, 1931, in New York City, US, George Lois was born to Greek immigrants. He received his early education from the High School of Music and Art. He even earned a basketball scholarship to Syracuse University. However, he preferred attending Pratt Institute over Syracuse. After studying for only one year at Pratt, Lois gave up his studies so as to work for Reba Sochis. He continued to work there until he was conscripted into army and sent to fight in the Korean War.
He has worked on near 17 productions within his career and he is a major icon when it comes to advertising.
Robinson, Phyllis K. - Phyllis K. Robinson was born in New York on Oct. 22, 1921. She majored in sociology at Barnard College and graduated with a bachelor of arts degree in 1942. When she left school, she took a job as a statistician for the Federal Public Housing Authority in New York. In 1944, she married Richard G. Robinson, a Harvard University student who was drafted soon after their marriage; over the next two years, she followed him from post to post, working six different jobs.

Posted by DamarkoLTaylor at 11:58 AM No comments:

1.Music is the next ratings goldmine.
http://www.businessinsider.com/tv-industry-trends-2016-1/#netflix-is-going-after-the-traditional-networks--and-theyre-firing-back-hard-1
Fox is the latest network to get into the musical TV trend with "Grease Live." It will follow that with Trisha Yearwood starring in "The Passion," and "Rocky Horror Picture Show."
2. Mobile is increasing accessibility to premium content
http://mashable.com/2014/12/23/future-of-television/#RupYYITxKqq1
n 2014, several big trends solidified themselves as potential game-changers for the entertainment and television industry: Among them participatory television, enhanced analytics, mobile engagement, new options for advertisers and increased digital streaming.

4. Reboots, remakes, and spin-offs are still going strong.
http://www.businessinsider.com/future-tv-trends-2016-5
This year, we saw networks cutting the cord on shows that, in the past, have had some immunity to cancellation because they were created as part of longtime or important partnerships.


http://www.broadcastingcable.com/blog/currency/top-10-media-trends-according-comscore/155056
With Snapchat having now emerged as the next great social media company, there is a growing realization of the power of video-to-drive social resonance. Facebook and Instagram have already ramped up their video efforts, and more recently we’ve seen Twitter-owned Periscope capture the attention of users with its live streaming capability.

Posted by DamarkoLTaylor at 11:30 AM No comments:

Analysis of project in the real world

Toyota is killing off its Scion brand, and the Japanese automaker will start bidding it farewell at the 2016 New York Auto Show. It’s only fitting, considering the Scion brand debuted its first concept vehicles 14 years ago at the New York Auto Show, so in a way, it’s a bit poetic that it will end where it all began.Inside, Scion carried the black and red theme with sport-tuned seat inserts with red accent stitching. You will find the same stitching on the shift boot, parking brake cover and steering wheel. There are exclusive Release Series carpeted floor and cargo mats, as well as red seat belts and a Release Series sequentially numbered badge to complete the package. Helping improve handling and reducing the center of gravity, TRD has outfitted the 2017 Scion tC Release Series 10.0 with performance lowering springs. The tC also has a throatier sound, thanks to a TRD performance dual exhaust.Available with a six-speed manual or automatic transmission, the 2017 Scion tC Release Series 10.0 will start from $23,985 including destination for the manual-equipped model. Opting for an automatic will cost $1,150 additional. The model will be limited to 1,200 units and will be available beginning in June through Scion by Toyota dealerships.“For those enthusiasts looking for a piece of history, this is a great opportunity to own our best tC ever,” says Scion vice president Andrew Gilleland. “With the TRD performance parts, the JDM Aero Kit and the screaming red and black color scheme, it’s a fitting tribute to Scion’s mission to build cars for younger customers.”
Posted by DamarkoLTaylor at 11:04 AM No comments:

For my promotion I want it to focus on the youth population and if you are not young, this car will make you feel young and make you want to focus on how the good times were and still are. Play your own music with the sorrowed sound Bose speakers and drift off into happiness. As Scion’s most popular car, the tC receives its final Release Series model, developed in partnership with Kei Miura, the creator of Rocket Bunny. Finished in Barcelona Red, the coupe features an aero kit designed by Miura featuring a front lip spoiler, rocker panels, rear lower spoiler and a deck spoiler. Sorry, Rocket Bunny fans, this tC isn’t coming from the factory with a widebody. Helping contrast the red paint will be blacked-out Scion badges and gloss-black alloy wheels. car is already popular so just by the look of it says that I am young, i enjoy cars, and i care about my image.
Posted by DamarkoLTaylor at 11:03 AM No comments: 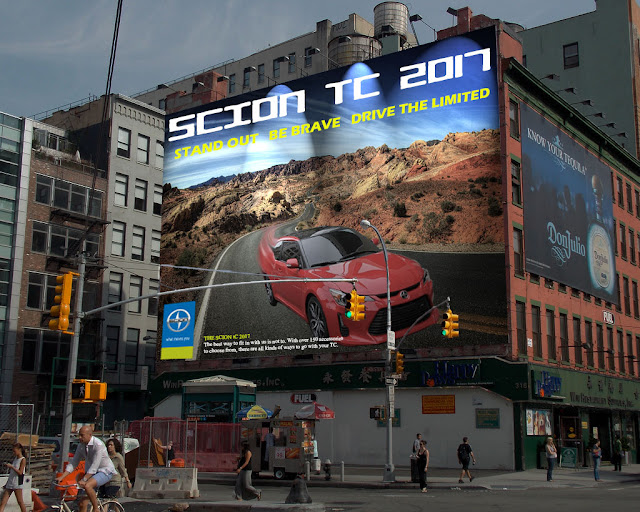 DamarkoLTaylor
My name is Damarko Taylor and I am a fashion designer that currently resides in Las Vegas, I am also an undergrad at the Art institute of Las Vegas and is set to graduate in March. During my stay at this school I have had the honor to have many opportunities to exercise my career in as far as fashion shows, photo shoots and traveling to other countries and working in my field. I've had the opportunity to work for a fashion designer in Paris for Paris fashion week. It was one of the most amazing experience in my life. Coming up in in september of 2017 i am supposed to be going back to Paris France again to help out with fashion shows and work backstage. Hopefully i make enough connections to run my own show and actually move to Paris further along in my career. I Love my career and I will always be the best at what ever I do in life.